skip to main | skip to sidebar

4 years has flowed from my last post, everyday are becoming the torture experience....
Posted by BuryWhatYouHeard at 4:45 PM 1 comment:

Peeling Grey was formed in June of 2008 by Andy Smith and Mike O'Hare. Smith had taken a stab at writing lyrics and experimenting with four track home recordings throughout previous years.

The band made its debut live performance at Fonzfest with The Clash City Rockers (Clash tribute) on April 18th of that year. A string of live shows all over the Los Angeles area slowly started to develop local interest in the band, particularly from the underground Indie, Post Punk, and Goth scenes.

Peeling Grey has their sights set on further developing their sound that is routed in Post Punk. Despite their routes and influences that span many facets of that era, the group looks towards the future of music.....Akin to the original spirit of the past.

Posted by BuryWhatYouHeard at 9:57 PM 16 comments:

The Lost Rivers is a Noisy Shoegaze/Psychedelic/Experimental band from Baden-Württemberg Germany.

Made up of Phil Walkendorf on Guitars and Vocals, Hell Pilot on Bass and Izzy on drums, this trio is relentless in delivering a constant barrage of psychedelia infused, post punk, shoegazing feedback laden tunes.

My Beatific Vision (2010) is their official EP at Northern Star Records.

Charlotte's Shadow - Under the Rain 2010

Since their creation in Dublin in 2001 Charlotte s Shadow have dabbled in many genres and has drawn upon many diverse influences.

Later to reemerge in Germany the band ascertained their style that still proves to set them apart today. On many Levels it can be said that the band has been heavily influenced by the emotions that has dominated the early Gothic scene. Concentrating on concepts of romanticism, melancholy, despair and uncovering beauty in despondency Charlotte s Shadow endeavour to remain loyal to what their true definition of Goth music might be. It is through this style and commitment to the fundamental Goth genre, that the band has won over a strong fan base, and continue to receive critical acclaim worldwide. 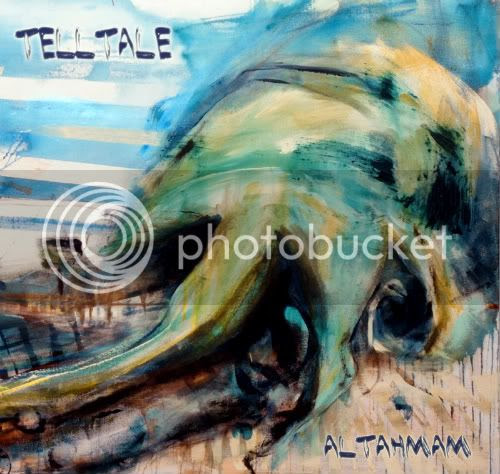 
Brooklyn’s Telltale showcases an intriguing mix of experimental no-wave, reverb-soaked post-punk, and dark shoegaze. Featuring Eric Gilstrap, Laurie Ruroden, Stephan Cherkashin, and Lauren Andino, the quartet's ear-splitting washes of guitar feedback, deadpan chants and ominous droning wastelands doesn't so much blanket you as it does envelop you, overpowering you with Sonic Youth caterwauls and JAMC-esque walls of sound. The music churns in a slow burn, awash in effects, but there’s an aggression lurking just beneath the surface that maintains an uneasy atmosphere. There’s also a healthy dose of reverb to help wash down all the gauzy noise...

At the fall of 2009 Glauco (ex-Suicideathome, Broken Time Structure) and Kalle (ex-Enkil's Eye, Sleepy Crowd) decide to start a band that has nothing to do with their former projects. Basing on their common passion for bands like Scarlet's Remains, Christian Death and Mephisto Waltz, they record a bunch of pieces at home: "The Mescaline Babies" are born. After few months they complete the line-up with Daniele (bass) and Luca (drums), and now are recording their first EP at the Overground production's studio. The Mescaline Babies proposes a deathrock assault between the american sound and the european one, wich conjugates shimmering gothic atmospheres with the genuine vehemence of punk.

Posted by BuryWhatYouHeard at 9:54 PM 7 comments: 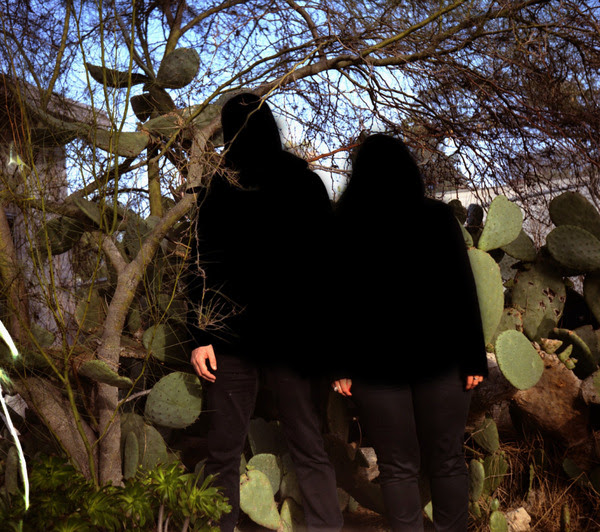 Judged By Twelve, Carried By Six is the debut full-length release by Blessure Grave.

Founded as a duo by T. Graves and Reyna Kay in September 2008, Blessure Grave blurs the lines between the Goth, Post Punk and Neo Folk genres. The pair has since developed the project into a full band while building a cult-like following, scattering various vinyl and tape releases on boutique labels around the globe.

Citing Killing Joke, Death in June, March Violets and The Cure as influences, Blessure Grave injects a pop sensibility into songs otherwise doomed to dreariness, creating an interesting mix of old and new but dark all around. The music initially appears rather simple, but quickly reveals the fact that the songs are fully fleshed-out and genuinely memorable. Perhaps what is misleading at first is that the recordings sound as though they were created in some kult black metal band’s dungeon for maximum fog-at-dusk fidelity.